Judgement / Ariel Narunsky
“Judgement is the brainchild of Ariel Z. Narunsky, and is a unique artwork, which mixes together several disciplines in order to create a truly beneficial and effective project. By grafting together the skills and ideas from science, sociology, psychology, animal studies, philosophy, physics, architecture and art we were able to design this colossal and superimposing construction and surroundings.”
Creatos Media has attended event on 7th July 2015.
From Arebyte Facebook page:
“Judgement is an attempt to utilize the perception of stadiums as social monuments to create a mirror or monument to our contemporary society and the human condition.
The project establishes concepts and views regarding motive, meaning, satisfaction, control, punishment and utopia, while all along grafting it with an internal monologue aimed towards the art world. The work offers a proposal for the UK’s largest artwork, public or otherwise, that will be erected out of the existing infrastructure of the London 2012 Olympic stadium at the Queen Elizabeth Park. In the exhibition of Judgement the work of judgement is unveiled; the new work will offer a giant spiralled three-lane running track enveloped by a spiral wall. At its centre the track will continue underground through a tunnel, which eventually ejects you back on to the streets of London and back to your life. The construction, once erect, aims to be open around the clock for all to come and take part freely as a spectator or runner alike. Offering itself as a daily activity in the life of a community. The exhibition draws on the aesthetics and ideas of information centres and visitors’ centres and will be using these elements to form the basis of the installation. The installation will fill the gallery space with 3D printed models, as well as architectural plans and animated renderings; these are accompanied by what might be described as promotional posters, catalogues and screening of a film, “Unknown Game With Ultimate things” a video filmed in the stadium showing the early stages of construction of Judgement. This chosen language enables the ideas to shift between realms and fields, putting into question the parameters of the work itself. The manner of sincerity in which it is presented clashes with the idea it proposes; an idea, which sways between futility, humour, punishment and depth of heart; a joke, a critical observation or sincere solution.
The gallery will have a small coffee table and some chairs, the installation will offer a place for the audience to sit and rest, have a drink and talk while immersing themselves in the work. From the sublunary to the phantasmal, salvation or hoax; this is our monument and our moment, this is Judgement and all of its derivatives.”
Here are some of the photos which Creatos Media have taken on this amazing exhibition:
Paper architecture sketch on huge paper covering wall space. 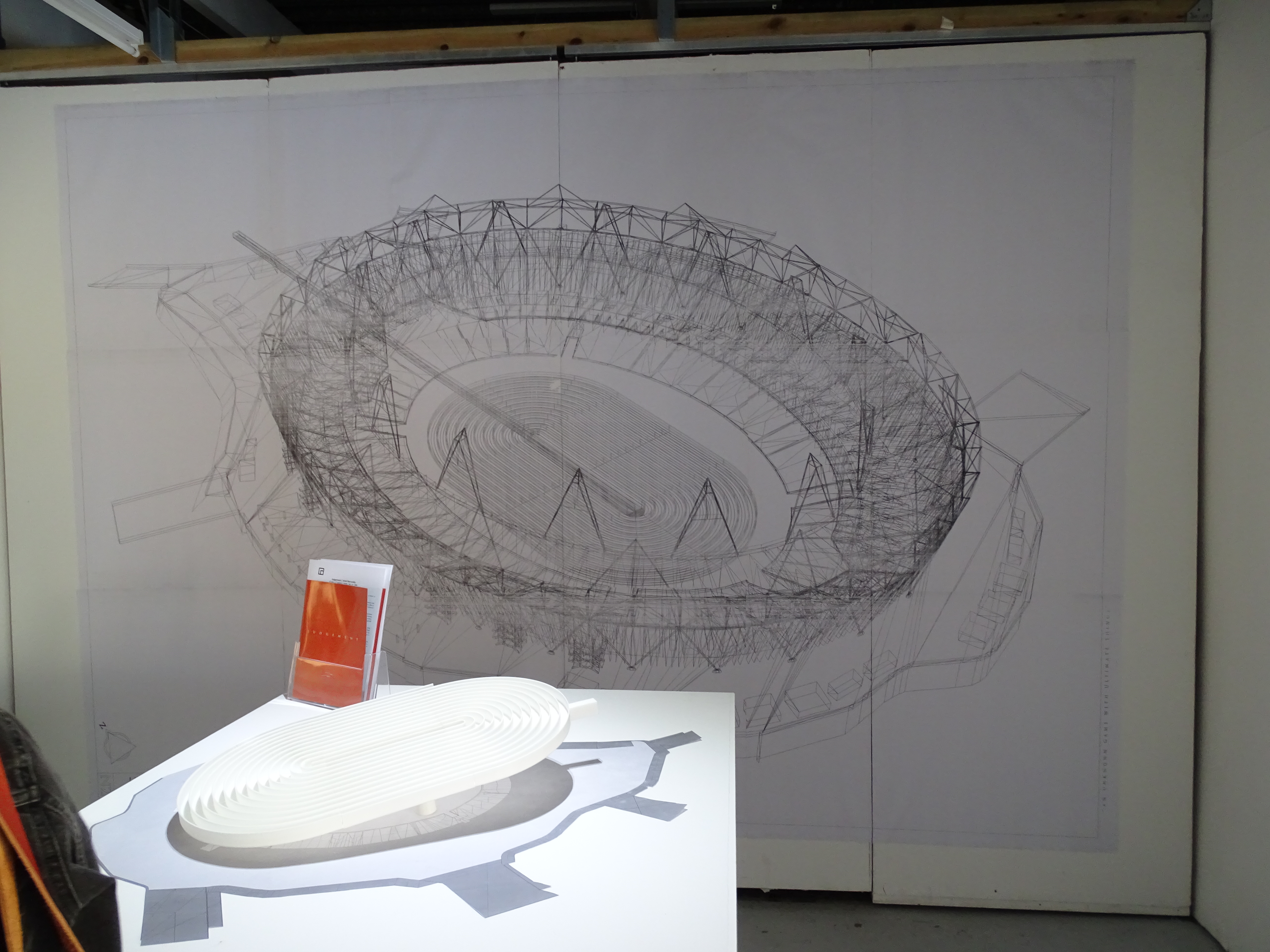 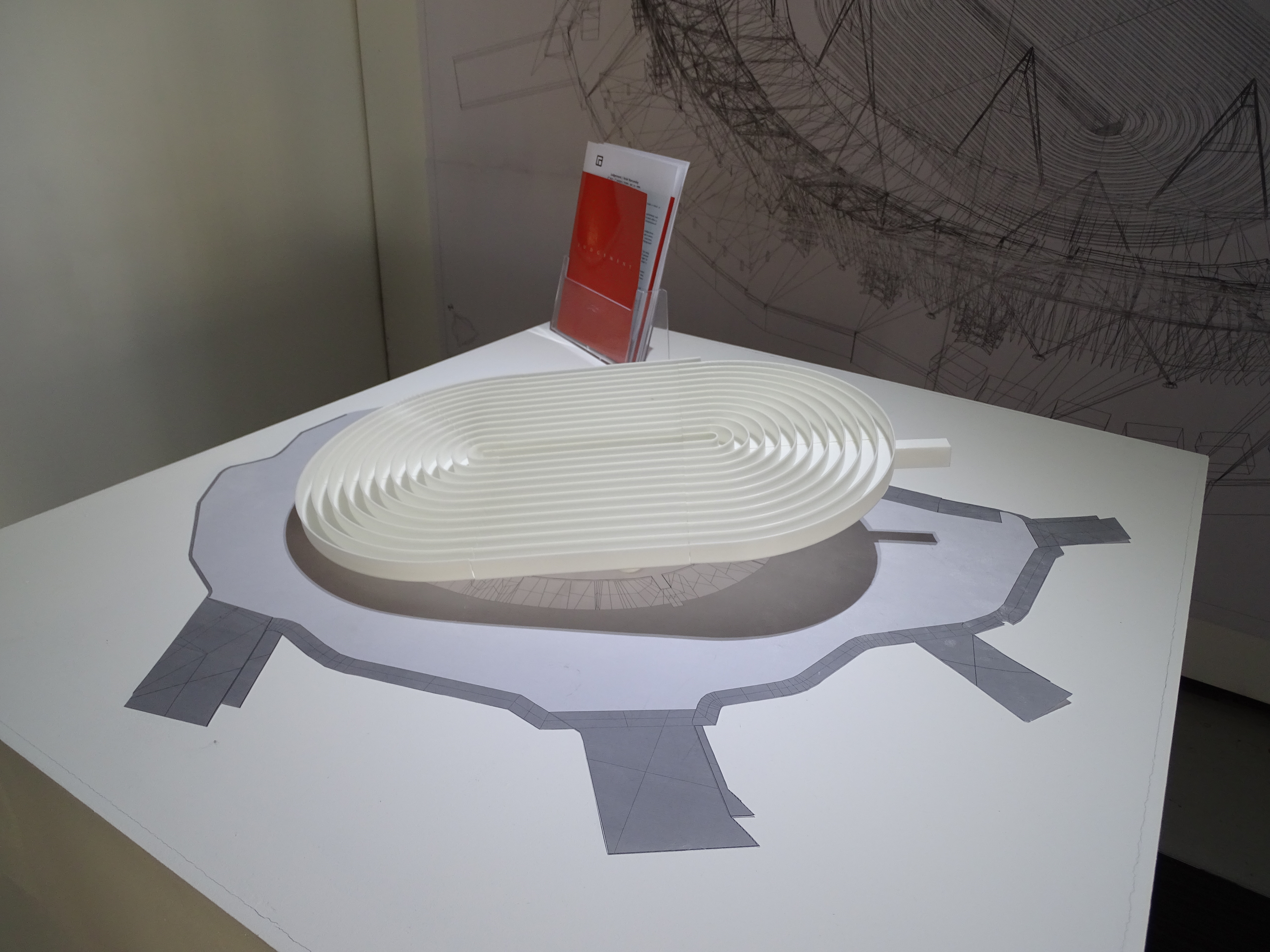 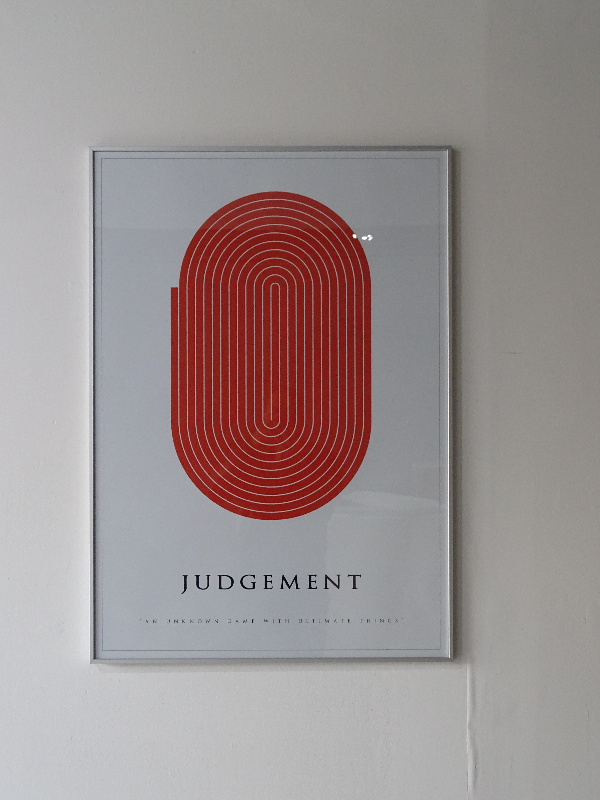 Large version of 3 printed model in another aspect. 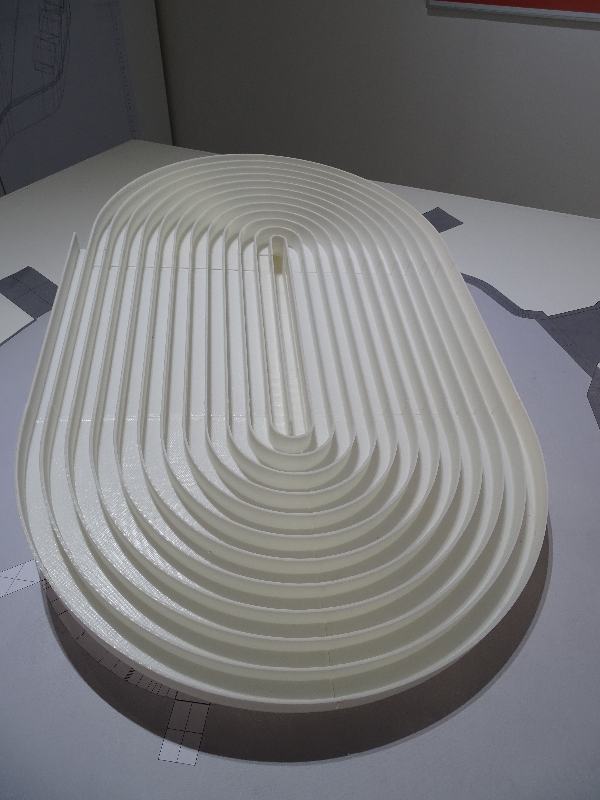 Smaller Version 3d printed model split to different sections.
Photos show some of the artwork on huge paper on the wall, 3d printed models and picture frames.
To see more visit Arebyte gallery in Hackney Wick – Unit 4, 49 White Post Lane, Queens Yard, E9 5EN, London, UK.
Creatos Media has really enjoyed the visit to Judgement at Arebyte gallery. We will for sure attend future exhibitions as amazing welcoming atmosphere will brighten your day. The show has been made with support of The European Cultural Foundation and The Israeli Embassy. Arebyte has also thanked to LLDC, Balfour Beatty for their cooperation and to London-Bam for filming. The video of Judgment by Ariel Narunsky can be seen in Arebyte Gallery until 7th August. You have to see it!
If you would like Creatos Media to visit your event send us an email.
Contact us:
creatosmedia@gmail.com
Visit our website:
www.creatosmedia.co.uk
Older Post Creatos Media Presentation
Newer Post Blog, Promotion and Marketing
We use cookies to ensure that we give you the best experience on our website. If you continue to use this site we will assume that you are happy with it.OkPrivacy policy